We got the new 472 KHz band in Jan 2013.  So it nice to have a new playground to run around that has new, shiny and different toys to play with.

To coordinate most VKs are using  600m Yahoo Group for email. 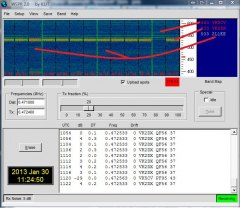 Most amateurs get by with smallish antennas but when 472 KHz has a wavelength of 630m, everyone has small antennas!  Even a 40m tower is only a 0.06 of a wavelength long.  I don’t think I’ll be putting in a 160m tower as a quarter wave vertical any time soon. 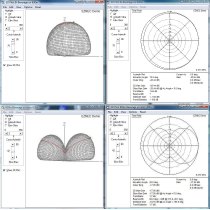 I am lucky to have the room to spread out some long beverages for receive.  My existing bi-directional beverages are only (yeah only) 186m long, or 1/3 of a wavelength.  To work well beverages need to be over a wavelength at least.  I had a 500m roll of electric fence wire and I decided to try to use it all.  I started at the top of my property and walked off into the bush till I came across a cliff two properties over, and that’s where I stopped.  420m away.  I left this beverage unterminated as with would allow me to receive from both directions that the wire runs.  Works well with me spotting low power WSPR signals from VK5 and ZL with ease.

My first transmit antenna was not the best.  I shorted the 450 ohm feed of my 86m long Vee-Beam.  So it’s a messy bunch of wires all over the place that was about 200m wire all up.  Wasn’t the best 472 KHz antenna but I was being heard.  Future plans for a “real” antenna will be to build a three wire Marconi T that is about 30m long, with a vertical section around 25m~30m high.  All connected to my existing radial system.  I’ll also use this antenna for 160m and build a new 80m vertical further up the hill. 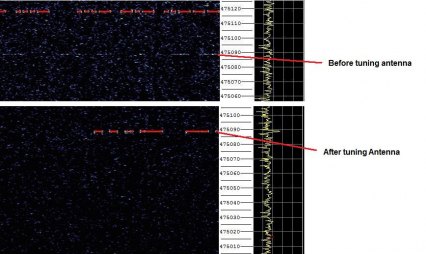 Testing a new antenna.  Added a little bit of a horizontal top wire to my 80m quarter wave (21m long).  Added a large coil, 80 turns of 6mm wire on a 250mm form and wound up an impedance transformer.  Being heard in 5 states and New Zealand.  Had 10 decodes in one cycle.  So it was a vast improvement as can been seen on this picture.  It compares my signal as received by VK2DDI at 170 km away, ground wave during daylight hours.  Any small improvements in antenna efficiency can  increase your coverage.  So I am all the time throwing down a few more radials. 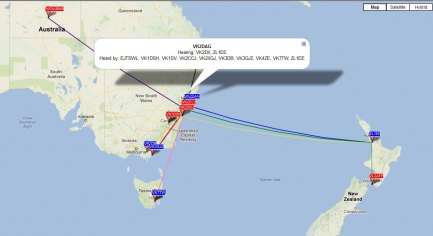 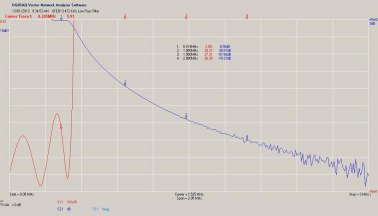 For transmit I launched off into finding all the bits to make a transmitter.  When I cam across SM6BGP website where he is using an IC-756PIII for transmit, and further on his website is a picture of someone using an IC-703.  So I dug out my IC-706IIg and fired it up and found that it works. It’s not the best as the poor thing wasn’t made to work on MF.  The spectral output is really bad with harmonics all the way through HF.  So a Low Pass Filter will be needed with it.  I knocked one up with some 25mm conduit and a hand full of caps.  Need to build a better filter but it will do for now.  And I am keeping the radio on low power.  Justin VK2CU brought over his calibrated radio test set so that I can find out how much power the 706 makes on 472 KHz and how clean it wasn’t.  On high power it was making 16.8W and on low power 1.8W.  So not to bad considering it was never designed to work this low in frequency.  I’ll sit down and build a transmitter and 100wish PA in the future. 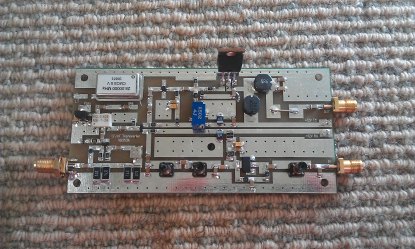 Received in the mail from Graham VK3XDK’s his new 630m transverter.  Not Grahams normal stomping grounds so you can see the microwave pedigree.  It has an on board 28 MHz oscillator for a 10m IF, but can also inject any external oscillator of about 7dBm.  So a GPSO at 10 MHz would give a 30m IF and would be rock solid on frequency.  IF power level can be anything up to 4 watts.  For the transmit output it has an IRL510 FET which should make about 5W and a nice filtered pre-amp based around an BGF135a.  Works a treat!

The “Have” and the “Have Nots”

Because of two NDB beacons some areas in Australia aren’t allow to transmit.  Well some!  Almost half of Australia because of the Timor beacon.  Most of VKs live outside the inclusion zone (like 95% of us).