76 GHz transveter is all DL2AM inspired.  My harmonic mixer setup based on the 26 GHz Thales couldn’t produce enough at 47 GHz, so 76 GHz was not going to be a goer either no matter how hard I tried or hoped.  So the bullet was swallowed, and from convincing from Justin VK2CU.  I decided to go down the DL2AM path.

First outing was in August 2014 with Justin over a huge 5km path, with S8 signals both ways.  Much improvement needed in setting voltages for the CMA module to decrease noise, increase sensitivity and power out.  But we are very happy to have another band in our arsenal. 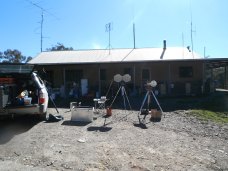 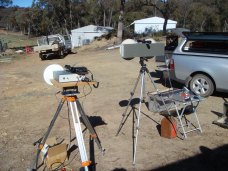 With the help of Justin we had some of DL2AM’s mixer housings, CMA 40 GHz triplers and tuning slugs delivered.   Like Justin organised it all, played German-English hockey with DL2AM and paid for them….. 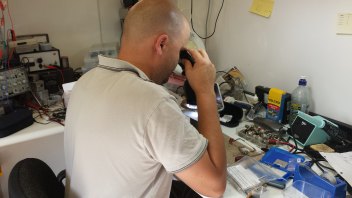 And then we spent an afternoon gluing diodes on with Dan’s VK2GG microscope.  A stereo microscope is a must.

These diodes are smaller then the smallest grain or rice!  We are talking micro metres here!  See pictures on right, and yes that is the eye of a needle.

Found the trick to gluing these on is by using the smallest needle you can find. 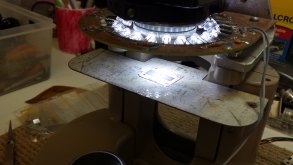 Dip the tip of the needle in the silver epoxy, then wipe it clean as you will have WAY to much on the end!  Then try again by s-l-o-w-l-y sliding the tip of the needle into the epoxy and just as you touch it pull it way, and even then you will have to much.  Using the microscope put a dab on one track where the diode will end, using the same method you used to get the epoxy onto the needle.  Carefully slide the diode along the other track till it meets the epoxy.  Turn head  and breath! Add another spot of epoxy to the other end of the diode. 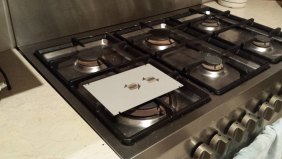 Check you work and make sure the diode is centred and there is no epoxy under it.  Resist the urge to clean up around the diode.  If you bump it you will have to start again.  But if you made sure that you used the smallest amount of epoxy you can pick up you will be OK.  And you can clean around the diode and the PCB after the epoxy has cured.   Pop in the oven and bake at 100ºC for 4 hours.

Justin had a job to do with work down in Melbourne.  So he contacted Alan VK3XPD and asked if he could do some testing at his place with our completed triples and diode housings.  So we could find out which ones were good and to have a go at the tuning slugs in the housings.  The tuning slugs have always been a concern for us as we don’t have any test gear that goes this high. As it turned out most of our gear was a goer and the tuning slugs do bugger all!  And my “diodes in a horn” work perfectly as a beacon source when plugged into a 12 GHz source.  So we are good to go!  We now have working gear and a signal source on 76 GHz (and above!).  We can complete our transverters and test them. I pulled apart the Mk III 47/76 GHz transverter removed the VK5EME IF board and switch mode power supply.  Pictures of the Mk II and III are down the side. 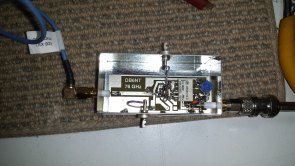 Decided to build up the 76 GHz part with an Elcom LO and Kuhne 2m IF board, which became the Mk IV.  But the Elcom oscillator I 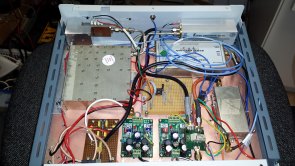 had wouldn’t be commanded to change frequency.  And even if it did I would end with some strange IF of 141 or 152 MHz.

So once again Justin convinced me to go with a Kuhne LO so I would have a working a unit and then I can play with Elcom or other oscillators later.  So a Kuhne oscillator was sourced and installed. So I am now up to the Mk V.  And hopefully the last! 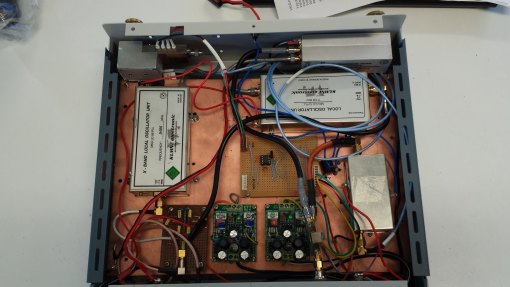 After building my version I transverter I relized that if I pump the LNB mixer diode in a horn with something close to a harmonic of 76 GHz I might have a decent signal source.  I dug out an Elcom 1201, did the math, programmed a PIC.  And it goes like a ripper!  Justin and I can copy this thing from 100′s m away so am very happy that we have another bit of gear to test with at these mm bands.

Completed a 39.7 km SSB contact with Justin VK2CU.  From MT Canoblas to VK2JDS’s Mtn (a site of much past testing).  Previously we had worked over a 16 km path but my receive wasn’t that good (or Justin’s Tx dunno).  A couple of months later we came back to Dave’s and spent a morning turning and pinching my gear.  Made a 20dB improvement with the beacon.  Justin drove back to the site that was 16 km away and we had 59 & 59+++ signals.  Justin moved to Canoblas 40km away.  47 GHz was 59+++ but I couldn’t find him on 76 GHz.  Much realigning on 47 GHz and back to 76 GHz I decided to tune up the band a bit and found Justin 15 KHz higher then all the other test we have done.  I didn’t have enough signal for FM (Justin did) and we moved to SSB for a 41 & 47 contact.  For anyone who doubts our contact (mostly the flogger flies) I have vidoes and build pictures from the start of this adventure.  Please ask me to prove anything to you I promise you will be promptly ignored. 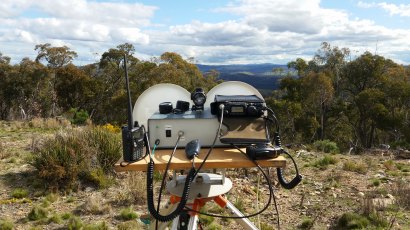 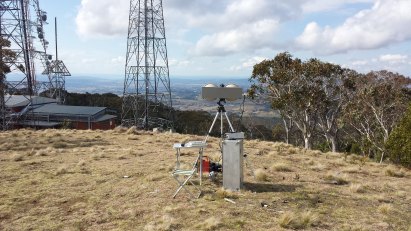 Much JOY!  Now for the VK record.