Just started building the gear to get on the 650nm band. Yes modulated red light. All based on the fantastic work of Clint KA7OEI. Pictures down the side will change as the build progresses.  For a final audio amp I pulled apart an old PC amplified speaker.  Very handy had on/off switch on the volume, most of the plugs I needed on the bottom, and it will fit inside the dia-cast box I am using.

Build has been going along nicely, just have a look at the pictures down the side.  Clint’s modulator is a perler. The PIC tone generator is fantastic. And the choice of either microphone audio or a line in like my laptop or ipod works a treat.

Luxeons are here now.  Nice to be able to test with something bright.  And bright these guys are.  And they get a bit warm, so no testing without the heatsink.

Now I have to build up the boxes. I will be shamelessly copying G8AGN’s designs. I am not good at working with wood so this should be interesting.

I also found an old PCB I had laying around that is an ATV FM receiver from the BATC. And I also dug up an ATV baseband modulator.  So once audio is mastered I’ll start to build the ATV transceiver.

Did a little test with ATV. Dug up the Gunn Diode video modulator and set it up to modulate a plain old LED.  Just pushed the LED into the hole over the BPW34

any video processing on the outp

ut of the detector I can see that there is video getting through.  Of course at night in the dark it works a bit better :)  Can get it to work at over 5cm! 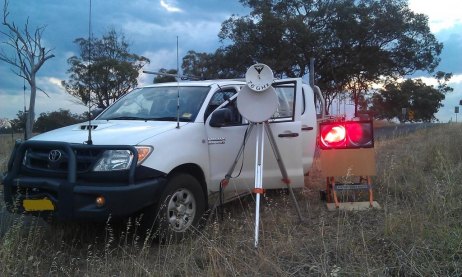 Gave the gear it’s first real world test during the 2012 Spring V/UHF Field Contest.  Need a bit of work tuning up and peaking up the optics.  But a contact over 3km was made an hour before sunset.  So sweet! 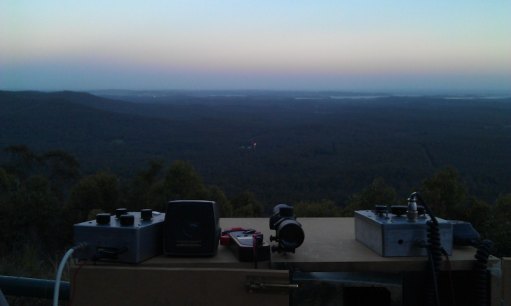 Dan VK2GG, Justin VK2CU and I went out for a play mid December 2012.  I was setup at Heaton.  Red dot is about 4 km away.  Later we had a contact at 12 km when it was nice and dark.  Then I had a LED fail and that was the end of that.  This is enough for a state record.  But Dan and I agree that a few more km are needed.

Lessons learnt.  Don’t set up in the ute tray.  It is not  a stable enough platform.  Just shifting my weight from one foot to the other caused the aiming to change!  Getting in and out of the ute tray messed it up too.

Further tests are planned over the Christmas break. 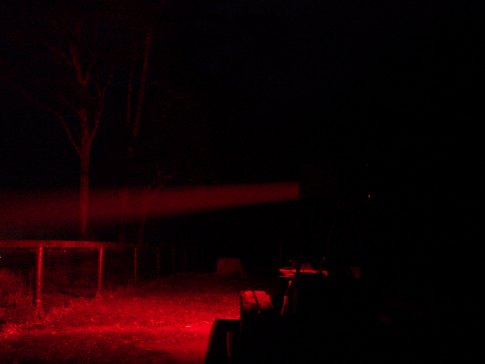 New state record of 20 km.  Heaton to Mannering Park on Dec 2012.  There was light rain and fog and my optics need a better tune up. 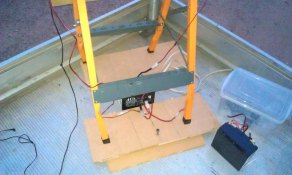 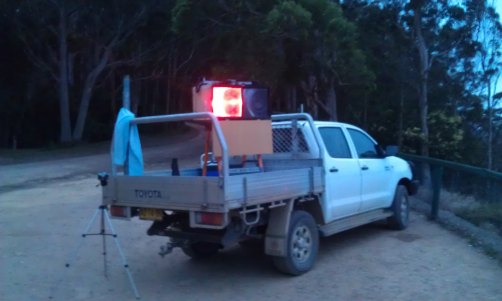